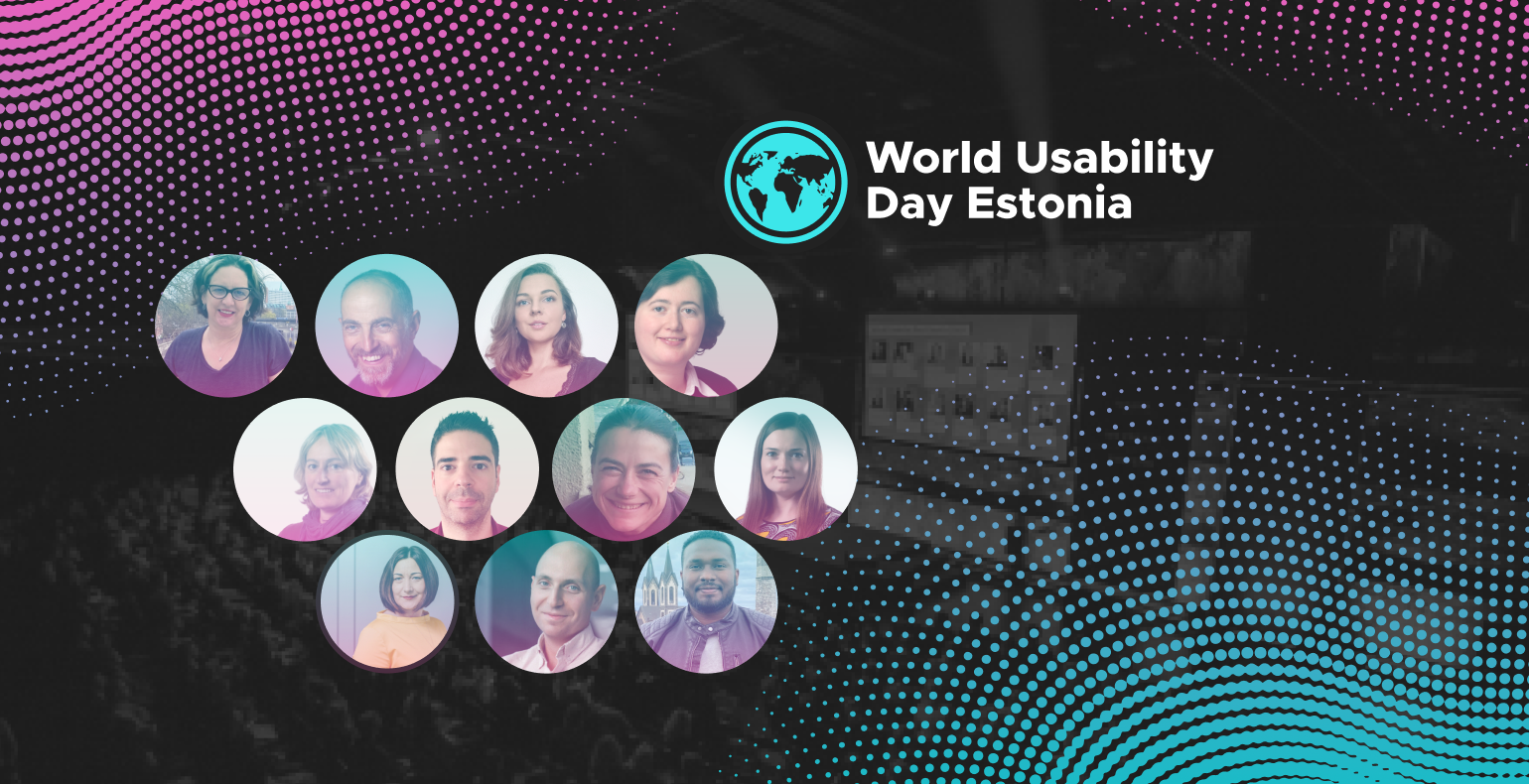 The story of World Usability Day - interview with the organizers

Where did you learn about the global WUD event?

Hegle: Mihkel Uukkivi suggested that Estonia might need this kind of event as well, so we checked it out together and decided that it is a pretty good idea, and we will make it happen. The https://worldusabilityday.org/ website was already up and running by then.

Why was the WUD event created in Estonia?

Hegle: The goal of World Usability Day is to inform people about the importance of usability, and we saw that in Estonia, usability and topics related to it were pretty unknown at the time. So, the main reason was to raise awareness about users and user-friendliness.

We wanted to tell our fellow Estonians that useless things are not OK. You are not stupid if you cannot use it; instead, the item has been poorly designed.

We also wanted to tell designers, web developers, and software creators that the user is essential and involved in the process. At the time, this was usually not something that was even considered.

When was the 1st WUD Estonia conference organised?

Hegle: November 2008. It was a relatively small event with 50 people.

What was the situation/understanding about usability at that time?

Hegle: Usability maturity level was more or less around 0 or 1. Solutions were not user-centric but mostly designer or developer-centric. Usability might have been good if you had a good designer or if you used a designer at all. The designer was not commonly used in software projects and not even in most website projects.

Please tell us about the first WUD Estonia event: who organised it, how many speakers, workshops, and participants did the event have? Where did it take place?

Hegle: The first WUD Estonia event was organised by Trinidad Consulting OÜ, now called Trinidad Wiseman OÜ, and Tramm OÜ – the person behind that company was Mihkel Uukkivi (TLU alumni). We had a relatively small event in the Kaval-Ants seminar room (in Uniquestay Tallinn Hotel at Toompuiestee 23). It was a sunny day on the 13th of November, and during the breaks, we could sit outside.

We had 6 speakers. The event was held in Estonian. The topics were: What is usability; Accessibility and poor eyesight; How not to do a project – a case study; How to research your users; Eye tracking in usability works.

We didn’t have any workshops, just a one-day event. All the content was also written up as two blog posts on the spot. These were published in the Altex Marketing blog.

What kind of participants did you have then?

We had guests from various areas such as software development, marketing, web development. They were from private sector companies, universities, and government organisations.

How did TLU get involved?

David: Tallinn University got involved in 2011. I joined the university in 2010, and one of my challenges was establishing and promoting the field of Human-Computer Interaction in Estonia. Usability being a fundamental quality in any interactive digital product, we entertained the idea of organising a local World Usability Day event in Tallinn and began approaching potential partners.

Soon, we realised that Trinidad had been organizing it since 2008, so then it was only natural to approach this potential partner. Early in 2011, we met to assess the feasibility of putting together a joint event, and the rest is history. 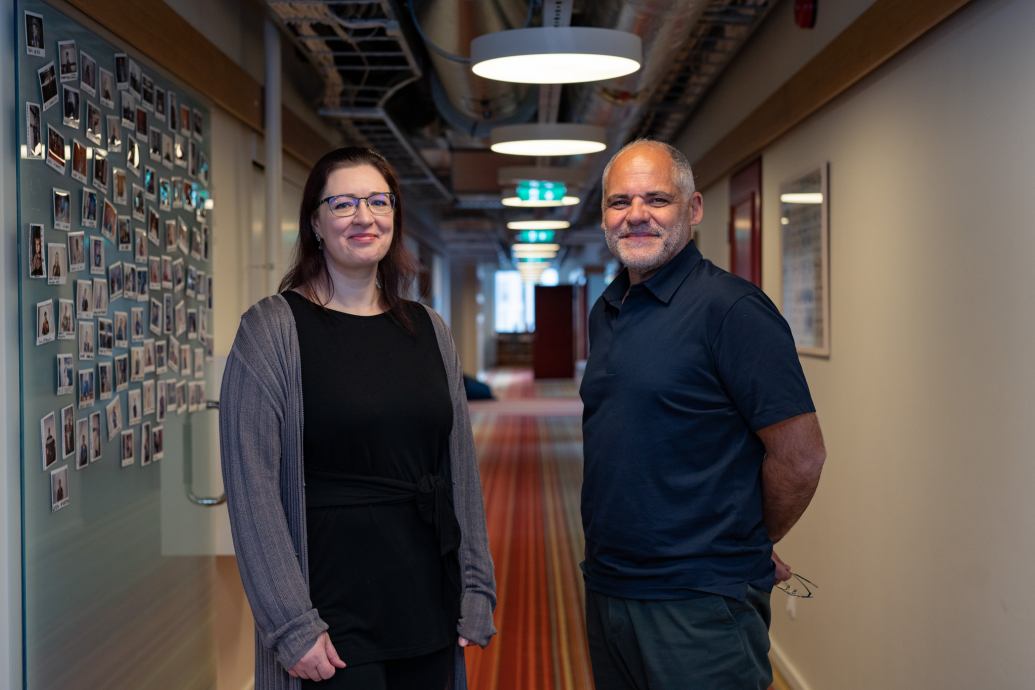 When did TLU join the WUD Estonia organising team? What did it mean for the event?

David: Well, we have been co-organising it since 2011. Sometimes, with the university taking the lead, Trinidad, later known as TWN, takes the lead. Taking the lead means that someone in the team needs to set the tempo, and this role has been shared over time.

The result of all this was a broader event, now explicitly addressing industry, academia, and the occasional policymaker both in its audience and content. It is a delicate balance we still aim to achieve.

What were the reasons for cooperating?

David: Initially with Ander and later with Hegle, we felt that it only made sense to mature this broad field together. And I am hesitant to name it. For some, it is all about the User Experience (and this alone has so many meanings); for others, it is about Interaction Design; few see themselves as Usability specialists (and believe me, this is needed more than ever). But I guess that a proper name is irrelevant when we can recognise ourselves as part of this vibrant community.

If you are talking about the reasons, I believe that the goal is still the same. At least in my mind. The community is much more mature; the industry is booming – just look at TWN–and training, which was based on apprenticeship, is now available in many settings.

From the compact tutorial format, you can find at WUD to the fully-fledged master-level curricula in Human-Computer Interaction (TLU) and Interaction Design (TLU & EKA) available today, with many different alternatives in-between.

Nevertheless, there is space for more. We have come a long way. Now that we are an empowered community, we should probably consider our responsibility in shaping our common future, our societies, our world. Never in history was there a community with such potential impact.

How has WUD Estonia changed through the years?

It went from being a cozy event to a huge gathering. The last pre-pandemic WUD brought together over 600 participants. Content-wise, we have experimented with different formats. Talks were always there, but we had panels, games, quick-fix consultations, and more.

Last year, we went online, and now WUD is brought to you in a hybrid format, which is challenging, but maybe a format that it is here to stay. For the first time, too, we organised a pilot student competition as a strategy to get WUD under their skin earlier rather than later.

Last year, the event was organised online for the first time, which was very new for WUD. How did it go? What did you learn?

Last year, in the space of two months, we co-organised two online events together. The first was in October, and this was the NordiCHI 2020, and the other was WUD Estonia 2020. NordiCHI is the leading Nordic forum for Human-Computer Interaction research in Northern Europe, and it was hosted in Estonia last year by TLU and TWN. We might get it back over here in 10 years.

In any case, we learned a lot from both experiences. We approached the events as online productions. In both cases, specialist teams were hired to handle most of the technical details, such as streaming, an interactive Q&A – both with voice and text –, recording for later viewing. It did require a lot of preparatory work, much more than is usually required for a full on-site event. And I guess that is why we moved to a hybrid format with WUD Estonia 2021 and other events.

This year will be the 13th time for us to organise the event. How different will it be from the 1st event? Did you ever imagine that WUD Estonia would be what it is today?

Yes, I think both TWN and TLU could imagine the event growing and becoming more and more robust over time. This was one of our goals. What I could not have imagined is that making it happen would become so complex. These days, WUD is a very different beast compared to the events we organised until around 2015 or 2016.

WUD has become increasingly more multifaceted in recent years, and when it moved from Tallinn University’s auditorium to Kultuurikatel, it became quite a complex event to manage. These days, it is a project that the team begins working on roughly nine months before the event.

Have you seen WUD in any other countries? Where? Can you tell us about your experience there?

Actually, yes. I have attended WUD in St. Petersburg, which is in some ways a spin-off of WUD Estonia. Long story short, we have an ongoing partnership with ITMO University in St. Petersburg. After attending our event a number of times, our colleagues decided to create their own. You can find out more about it here (in Russian only):

But other than that, I have not attended any other WUD events. I am aware that they are all very different in size and scope, although quite similar in mission. As WUD events happen more or less at the same time around the planet, I never considered skipping our events to go to other ones. Why would I? Ours is a terrific event anyway. ☺