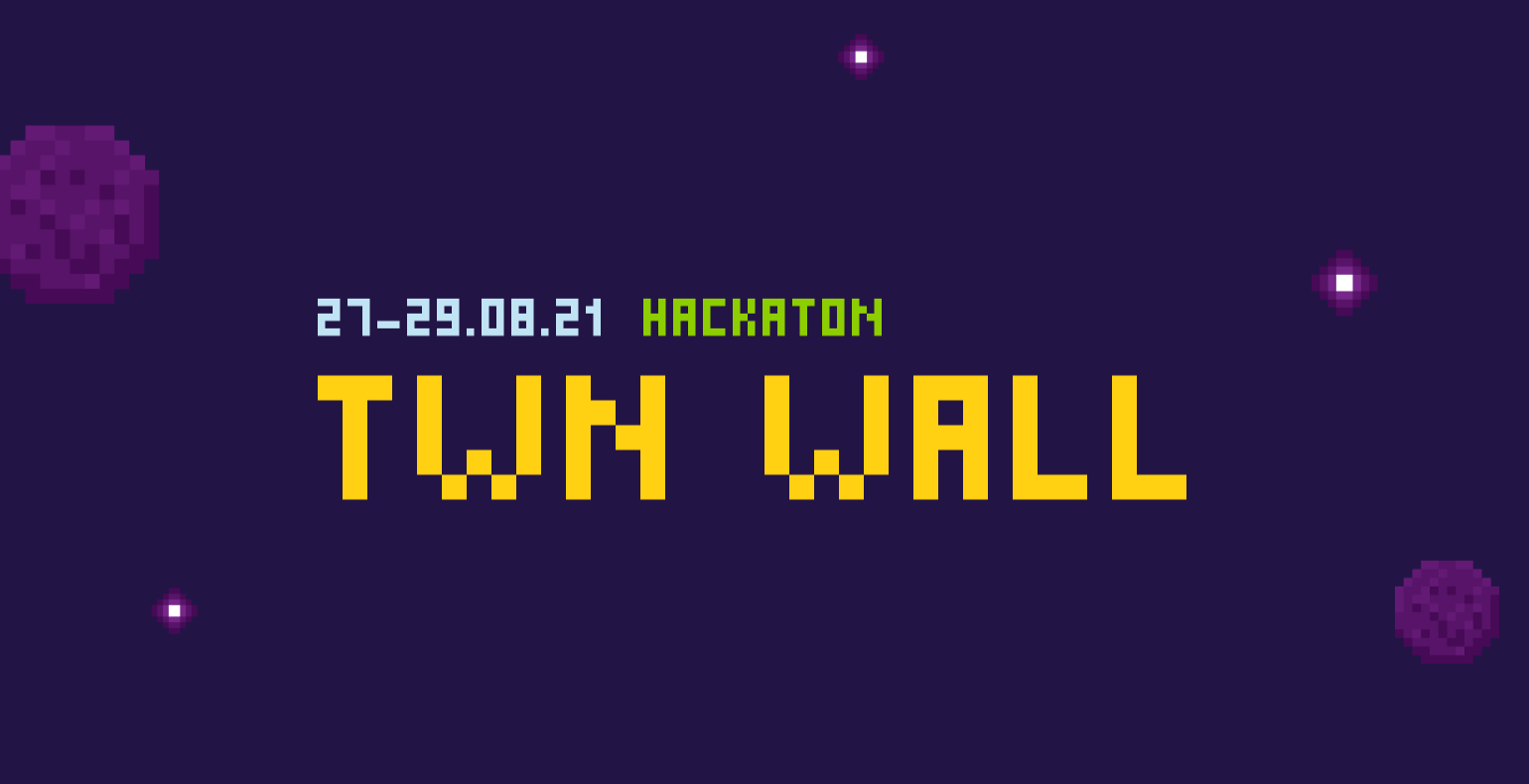 How we developed an interactive platform that brings game and intelligence to office life.

In September, we published a post on our blog, How to combine the physical environment and virtual playfulness?, where we wrote that we like to play on the border of the physical and virtual worlds. This is indeed the case, and at the end of the summer, an exciting 3-day hack roof took place in the Trinidad Wiseman office.

Hackathon task was to propose and develop a demo version of a solution that would bring game and intelligence to office life. This should alleviate the everyday problems shown in the figure below. 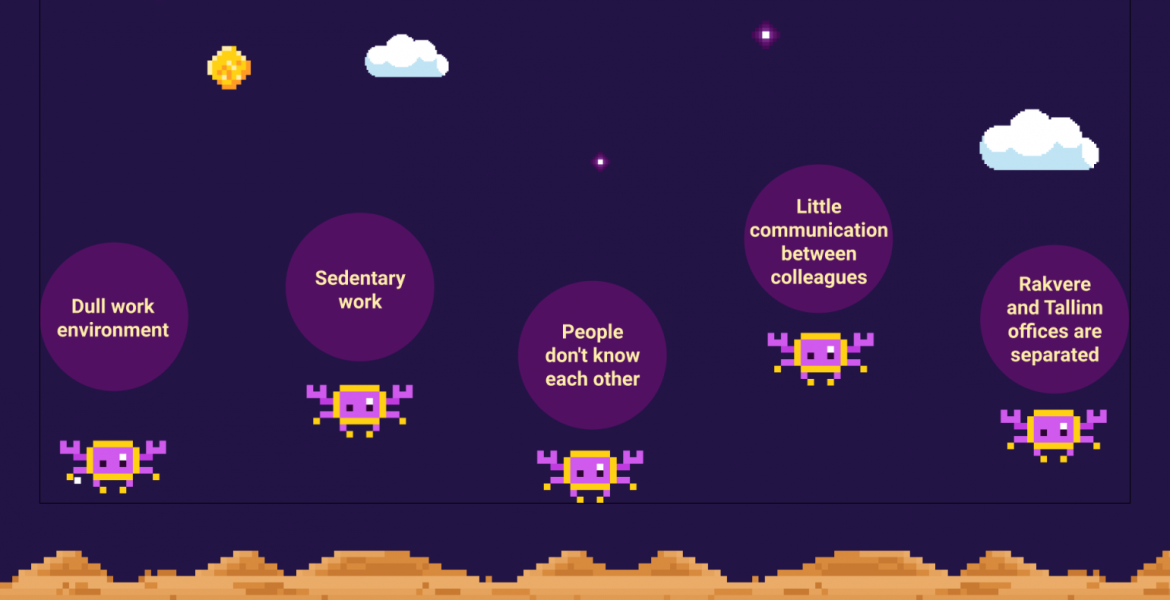 I interviewed the winning team and found out how the hackathon went and what exactly was developed there :)

What was the hackathon about?

There was a hardware hackathon aimed at inventing a playful interactive solution for our new office. Office work is sedentary most of the time anyway, so we needed to develop a solution for our team that would encourage a physical break. We brought together all the colleagues who wanted to help and put their ideas and skills to the test.

What idea did you build?

The result became very peculiar and unique, and the solution we finally completed was new to all of us. In essence, it is a large touch screen, but not simply, but a small one;)

We have never been exposed to a concept in the past where it is a multiplayer platform, on the one hand, an aid/tool in the office, or between offices on the other.

There were quite a few potential ideas on how to expand the functionality of the completed solution further. All in all, our solution got a lot of borrowed pieces and a lot of novelty.

How long did the idea mature, and how did you come up with it?

As with hackathons, there was pitching ideas on the first day, what can be done in a given topic, and voting for ideas. There was a gap between the two ideas, and at one point, it was fantastic to recognize that most of the ideas on the table could actually be solved with one idea or a large interactive screen.

In other words, we didn't stick to one particular solution but looked at a slightly bigger picture. That's how we gave birth to a platform-like product.

The central idea became a ship bombing game, on which we started to graft things. The concept of ship bombing itself came about a week before the hackathon when my teammates and I came up with the idea that suddenly, ship bombing could be played with one player in one room and another in another room.

How does your solution work?

The solution was named TWN Wall. It is a large touch-sensitive whiteboard on which you can play 2 games and also run screensavers.

The board consists of 100 large square buttons, each with a small screen that can be physically pressed while playing games. To further diversify the platform, it is easy to integrate games/activities.

When adding new games and other functions, the structure of the screen must be taken into account, i.e., that the button can be pressed in the right place. 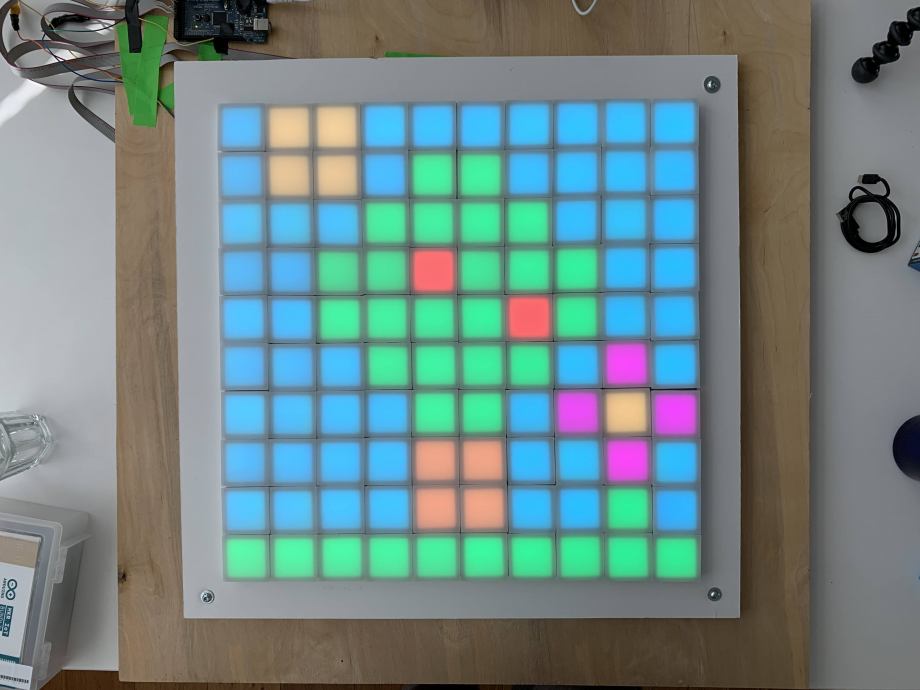 What is TWN Wall's vision for the future?

We made preliminary calculations. Considering the materials used for the demo version and the need to develop button mechanisms, the cost of a single product will be pretty crisp. However, it is certainly possible to look for alternatives to Arduino software, and mass production prices are also likely to be cheaper.

How did the construction process and the division of tasks go?

We created 5 departments, each of which dealt with the agreed tasks:

Team members moved between departments to take turns and test themselves in different hackathon chains. 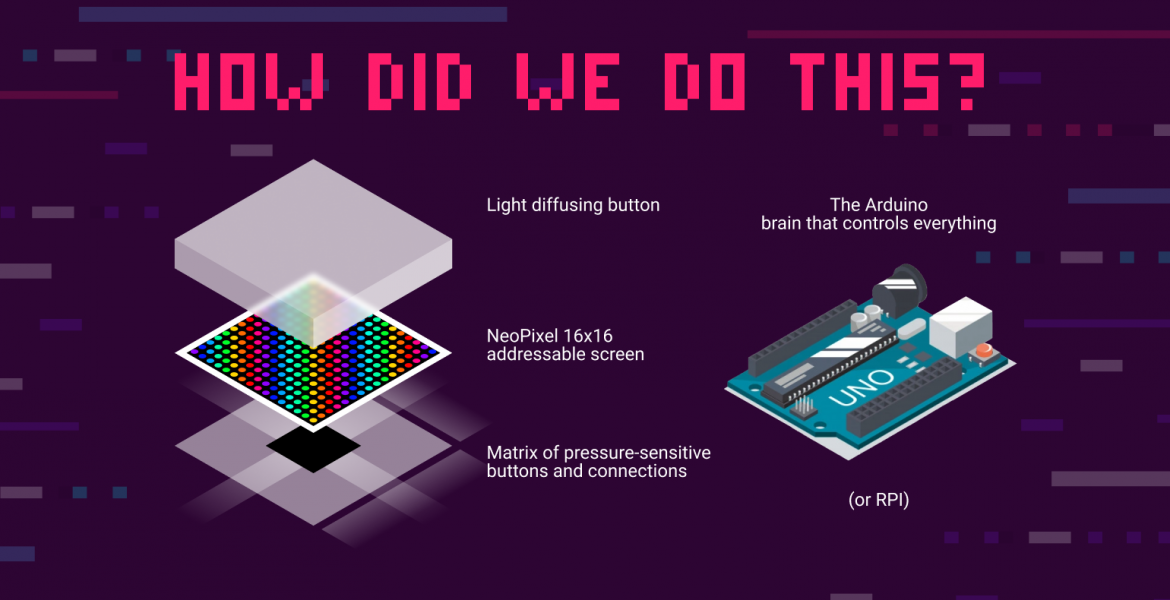 What did you enjoy most about the process and why?

We are all delighted with the result - a very practical solution was born from the small ideas, and we finally got a working solution.

In just three days, we managed to build a large screen and integrate three applications. Based on previous practice, it often happens that hackathons don't end with a working solution.

What was the biggest challenge, and how did you solve it?

The biggest challenge was the design of the button contact, as the availability of robotics hardware in Tallinn is relatively low on the weekends. 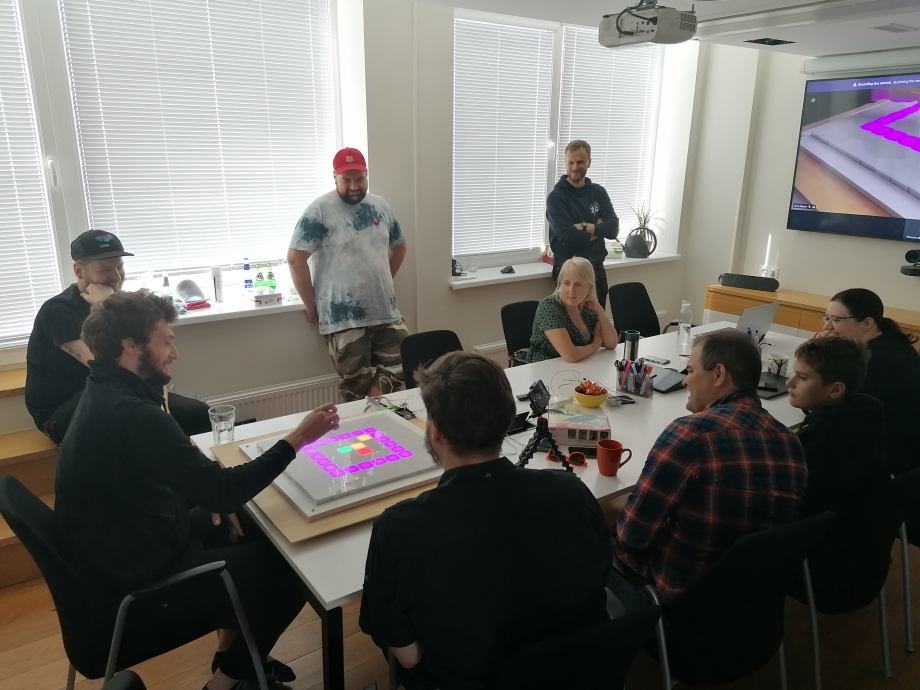 Is there anything you would do differently next time?

Although we were delighted with the result and the cage roof went well, there is always something better to grind, for example:

What motivated you to participate?

Those who had not participated before wanted to try their hand. Whoever had participated in hackathons before knew what they were doing, and wanted to put themselves to the test again.

The main reason for this was that the hackathon is an excellent team-building exercise, where you can get to know your colleagues better in a relaxed atmosphere. In the course of hackathons, ideas can emerge that can be implemented outside the hackathon. For example, a game club can grow out of those who go to a hack.

This year's theme - a physical interactive game - was also very exciting and ambitious. We wanted to see if we could do it and what phase we would reach with our solution :) The passion for the world of robotics and the knowledge that there would be a nice change to the usual computer games in front of the screen certainly invited us to participate.

What would you say to people who also want to try to take on such a challenge?

Feel free to participate - there is no need to be afraid that something will not come out or go wrong. It is instead a rare case for a hackathon to end up with a working solution. The whole process itself is fierce, developing, and enjoyable, and this pecking is even therapeutic: D

Participation in a hackathon does not require prior knowledge of the field, skills, or experience. Is is an excellent opportunity to explore new directions and try something you haven't done before

What did you learn from this hackathon?

The biggest and most important lesson was how all the thoughts, drawings, and elements came together in a short time (3 days) into an interactive spatial solution. It is worth mentioning that most of the participants had not been exposed to physical interaction at all before.

People who had previously participated in other hackathons pointed out that the hackathon works even better with their team. Workflows get done faster because colleagues often think and solve situations in a similar way.

Participating in a hackathon will contribute to the fact that communication and a sense of cooperation have already developed if you later end up in the same project as a colleagues.

In conclusion, when nice people have come together, the idea flies and the cooperation goes smoothly, then everything is possible :) 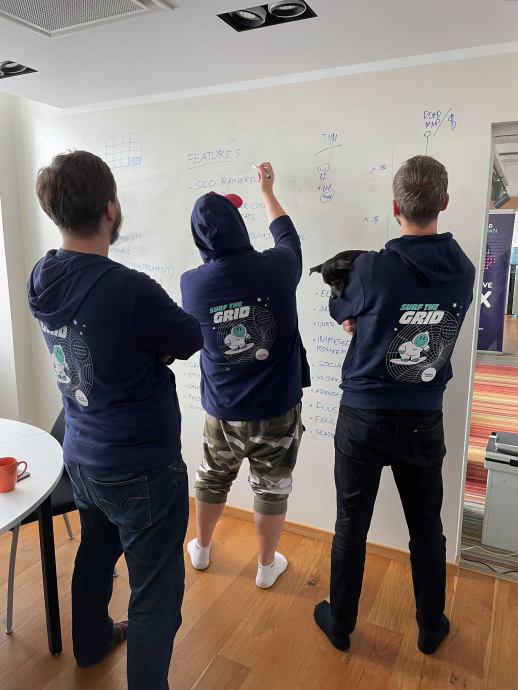