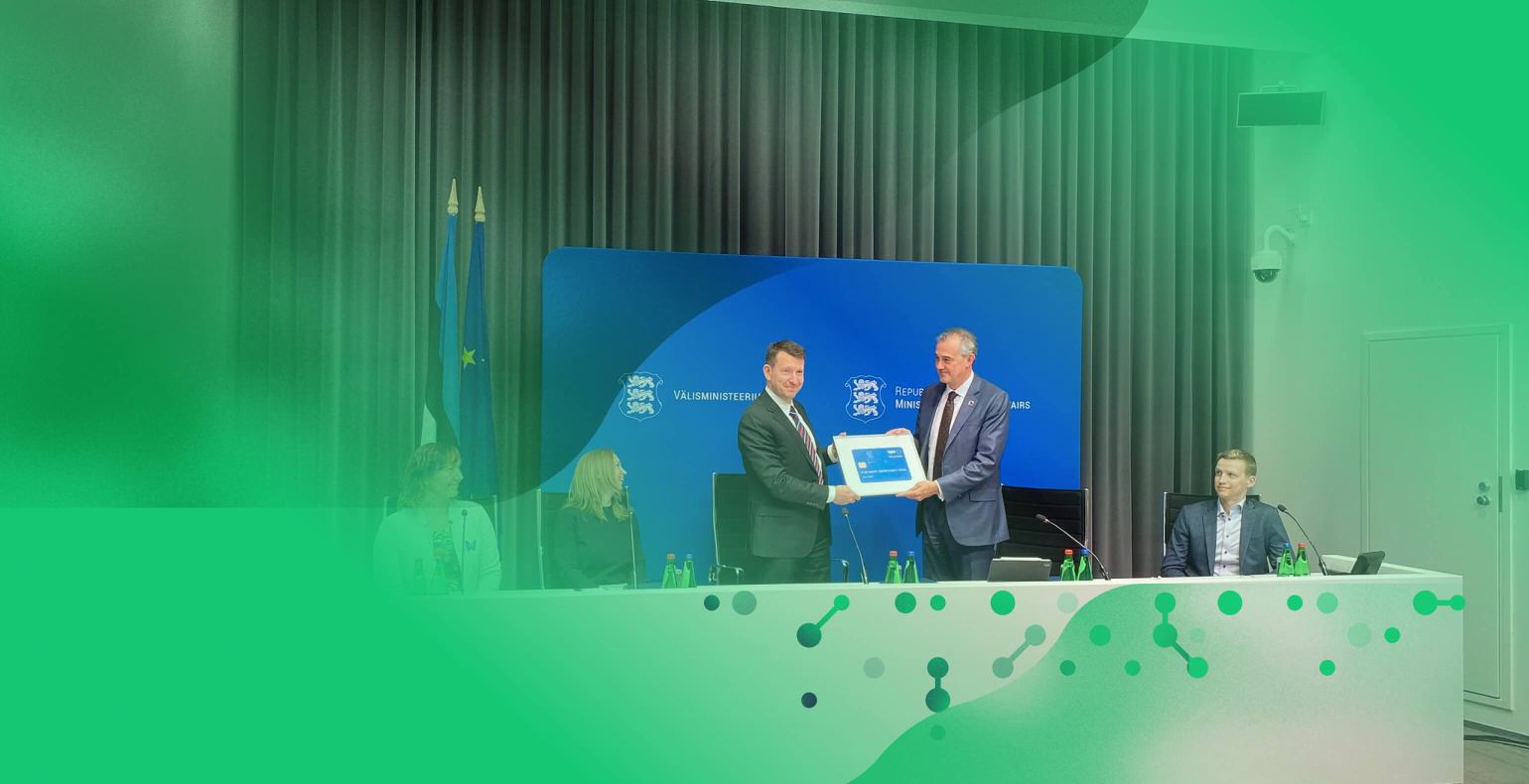 How to successfully carry out a project with 4 partners in just 6 months?

When you put together a tight timeframe, several stakeholders, and an international team of specialists from four different companies, what do you get? A very exciting challenge. Below, you can read about the challenges of such a complex project, how we overcame them, and the project's result.

At the beginning of October, the Estonian Ministry of Foreign Affairs, the Estonian Information Technology and Telecommunications Association (ITL) and four Estonian IT companies - Gofore, Trinidad Wiseman, Aktors and Kodality - embarked on a special mission to develop the Team Europe Partnerships Portal (TEPP) in six months.

The TEPP is a platform ordered by the European Commission that helps to join the needs of partnership countries and the innovative solutions of European Union member states. 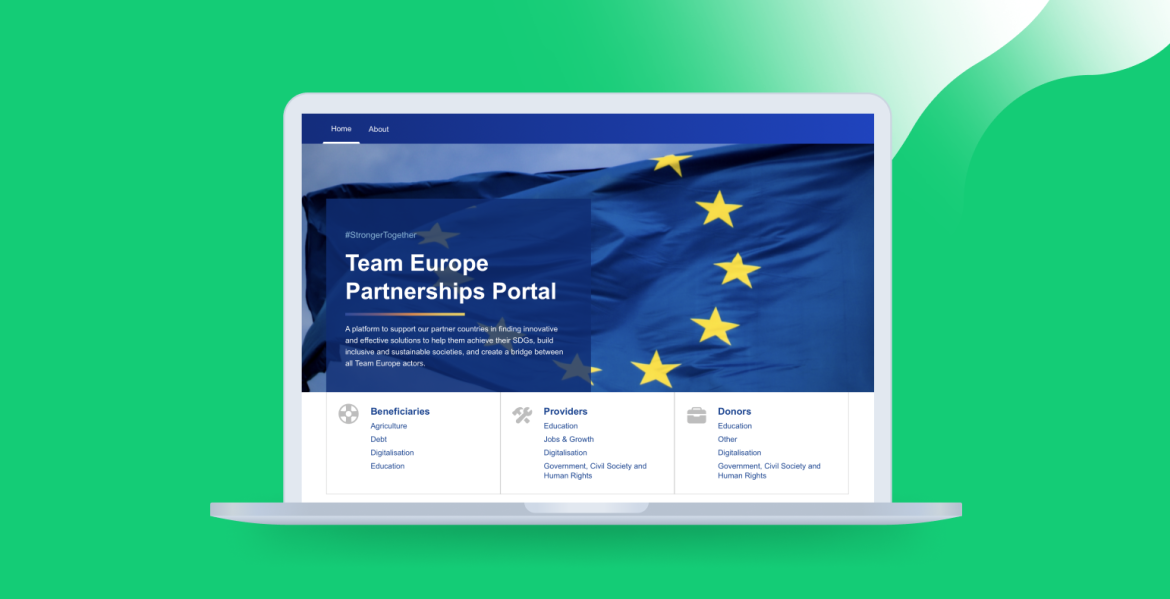 The role of TWN in the project

TWN provided an analyst, designers/user experience (UX) experts, testers and a developer for the project. Our work on the project began with the analyst and designers unravelling the initial brief and determining what additional input was needed from the client.

We had to determine which of the initially planned functionalities were the most critical, bearing in mind the timeframe and financial constraints of the project. We planned the meetings and follow-up activities to get everything done on time.

The next step was to map out the requirements and simplify the portal functionalities for the TEPP to be as user-friendly as possible. For example, we created a filtering option for users to search the portal for suitable partners for cooperation based on a specific role and project type.

We also made the vocabulary of the portal a little more understandable for the average user. Complicated and sometimes slightly bureaucratic word usage can confuse the average user who is not used to such vocabulary.

As part of mapping the requirements, we designed prototype views in Figma. These helped with development as well as with getting the development team and the customer "on the same page". We were also able to use the views at a later stage to introduce the portal to various interested parties.

In parallel with the creation of Figma designs, we also started describing development tickets and creating documentation so that we would not lose valuable time and could start developing as soon as possible.

The work process in the project was very agile - every week, the designers finished various designs, and after the client’s approval, we could start creating the documentation, describing the development tickets and developing these.

From the beginning of the project, we emphasized the importance of quality assurance (QA). In addition to classic software testing, we were able to provide expertise to help make the portal accessible to people with different needs. It was essential for us that the TEPP complied with WCAG requirements to ensure access for as many people as possible. 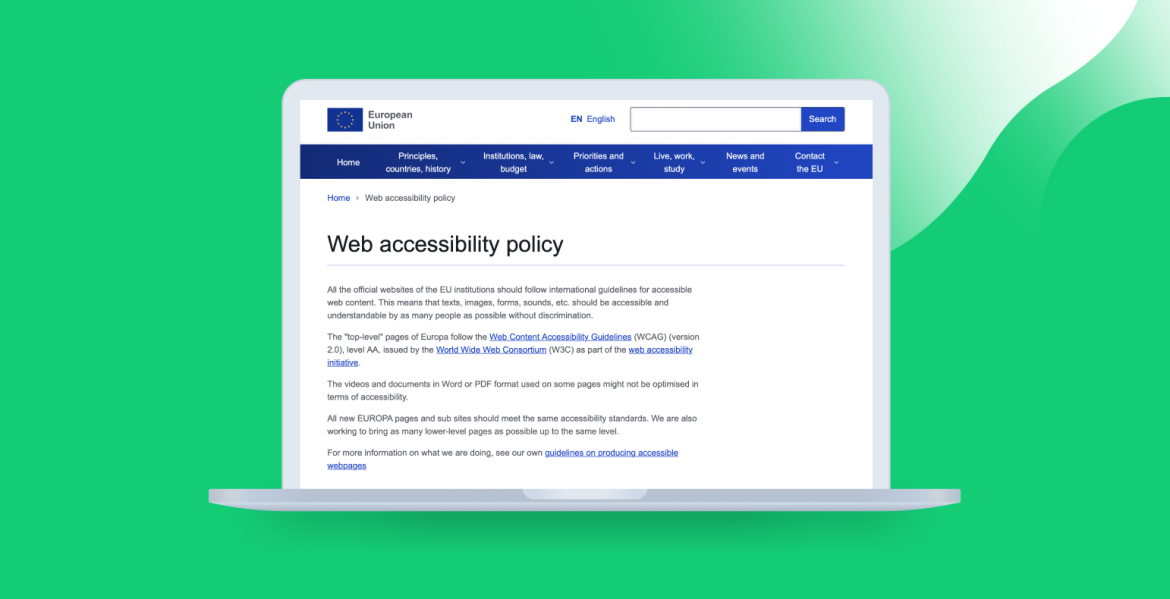 The complexity of the project and how we overcame the difficulties

The TEPP can be considered a complex project for many reasons. One of the reasons was the tight timeframe, which meant that people, most of whom had not worked together before, had to become a united team very quickly.

For example, the development team members came from four different companies, but we needed to get the work process in place very quickly so we could start developing the portal in one-week sprints.

The team members also had different international backgrounds and worked in three different time zones. And it so happened that when we had morning meetings, the developer who was working in Armenia had already been working for several hours. To save time, we had to make sure we had informed him the previous evening about what he would develop the next day.

Although the work was usually done remotely, we managed to get our development process running relatively seamlessly in the first few weeks. At the beginning of each week, there was a meeting to plan the sprint. In addition, there was a short meeting every morning to plan the team members’ work and goals, and on Friday afternoons we reviewed what had been done during the week.

Thanks to electronic tools - such as MS Teams, Slack and Atlassian tools - we were able to communicate smoothly and no questions were left unanswered. The remote work experience during the Covid-19 pandemic certainly contributed to the smooth cooperation within the team.

We also organized a couple of team events to get to know each other better and have a good time - one took place virtually with the client’s representatives, and the other was a live event with the team where many people met for the first time in real life.

Flexibility was another significant factor that enabled us to complete the project quickly and thoroughly. From the beginning, the team members and the client's representatives were very motivated to work for the project to be completed successfully, even if it meant changing the project plan.

For example, we were so keen on making the portal more user-friendly that we changed our development plans and updated our priorities after receiving feedback from pilot users.

The designers did not initially plan to carry out demos for interested parties, but when the need arose, the prototype was made interactive for this purpose and the designers made several demos introducing the platform - the largest of which was attended by 900 people.

What we achieved in six months and feedback on the project

During the six-month project, a lot was developed - almost everything that was written in the initial project plan. In addition to the home page and the introductory page of the portal, it is now possible to publish and read the portal’s success stories.

It is also possible to search for companies and organizations as well as relevant projects. Once the necessary organizations and projects are found, the organizations can contact each other and build successful relationships.

Members of organizations can also join their organization on the portal and create projects. In addition, we developed new pages to perform administrative tasks, including a page reflecting the portal's statistics as well as an interactive map.

According to the TEPP Project Manager Katrin Rohtla, the team did an excellent job and achieved a lot.

“I have to say that the team did a great job. To achieve such a big goal with limited time, it requires from the team good technical collaboration and communication skills. Also, good change management, to respond to the changes quickly, and a continuous learning mindset,” said Rohtla.

According to her, one of the key assets was the work environment that can be described with such words as trust, flexibility, openness, transparency and respect. According to Rohtla, this was an excellent example of public and private sector cooperation, where many parties worked together toward a common goal.

According to Foreign Ministry’s Secretary General Jonatan Vseviov, the initial idea of the TEPP in the ministry was to respond to the Covid-19 crisis and to offer timely help to partnership countries in dealing with the aftermath of the pandemic. He added that TEPP is an innovative and easy-to-use platform and symbolizes the united approach of Team Europe.

Ats Albre, Member of the Board of ITL, thanked the parties involved in the project, including the development team, for their contribution and work.

According to Félix Fernandez-Shaw, Director for Sustainable Development Policy and Coordination, Directorate-General for International Partnerships of the European Commission, the TEPP is an excellent example of how a small member state thinks big and offers innovative solutions for the whole European Union.

The TEPP was a complex project in many respects, taking into account the tight timeframe, several stakeholders and a development team of four companies operating in several time zones and geographical locations.

However, thanks to a common goal, great attitude, communication and flexibility, a portal has been created that satisfies all parties and will benefit many people all over the world.

Watch a broadcast on how the platform was handed over to the European Commission: