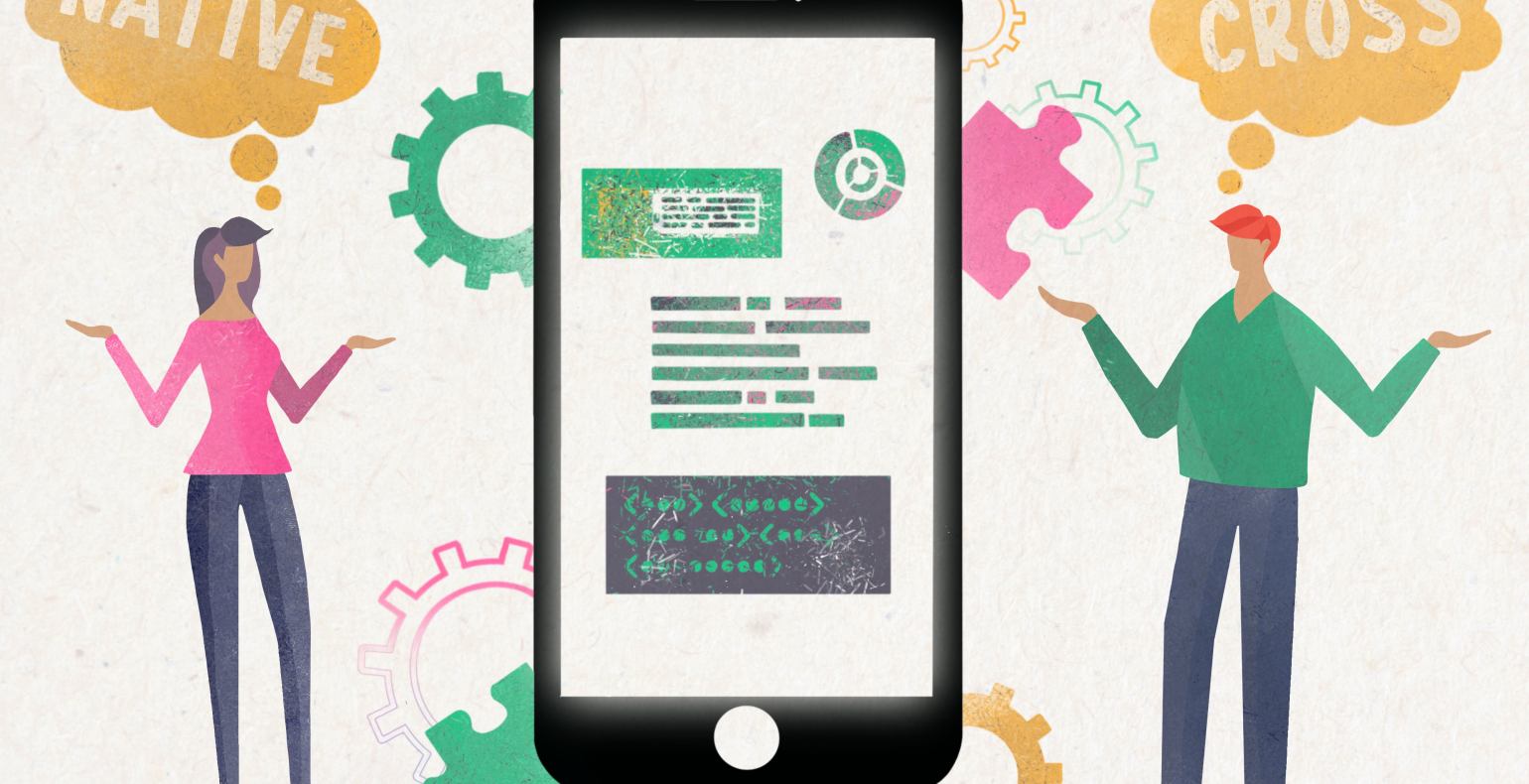 Native versus cross-platform: which approach should you use?

Planning the development of a mobile app is not an easy task - it requires lots of research and decision-making. Choosing the best development tools and frameworks for your needs is one of those important decisions. Should you use native or cross-platform approach? To be honest - there is no one-size-fits-all answer. Here is an analysis of pros and cons of both approaches.

What does native mean? What is cross-platform?

First, we need to define those concepts in terms of mobile development. Majority of smart devices (e.g.  smartphones, tablets) use one of two platforms: Android or iOS.

Main differences between Android and iOS come from the use of different architectures, and programming languages that are used to write the code - Java or Kotlin for Android and Objective-C or Swift for iOS.

Native approach means that the code written for the Android app cannot be used to build an iOS application. So, if the objective is to reach as many users as possible, you'll need to develop two different apps - one for Android and one for iOS.

In contrary, cross-platform app is developed using intermediate programming language (e.g. JavaScript) and the code is wrapped or bridged for native apps.

Comparison of native and cross-platform

Native (N): Native apps have the ability to make use of most of the features offered by respective platform and hardware. It is also easier for native apps to use device resources (like memory, battery and CPU) more efficiently.

Cross-platform (CP): These apps have limited access to the features offered by devices. One-size-fits-all-approach means that CP apps often have lower performance and can sometimes act unpredictably.

CP: The initial development cost is lower because only one codebase is needed.

That being said, some CP apps that have more complicated functionality might have significantly more bugs. Also identifying and fixing those bugs might take longer than in the case of native apps. So, regarding to CP apps - it takes less time to get them going but the long-term cost is likely going to be on par with the development cost of native apps.

N: There are platform-specific IDEs (integrated development environments) that allow to simplify the design and development process of native apps. Also, it is easier to fulfill high UI and UX standards defined by Google and Apple.

CP: Android has different requirements for UI and UX than iOS, and it is not that easy to achieve both of those sets of requirements with one app. Also using CP app might feel strange for a person who's used to interacting with native apps.

N: You will probably have to choose one platform if there are limitations in time or budget, however this means you will lose a remarkable share of users.

CP: One portable code means that you can reach all the users regardless of the platform they are using.

CP: There is an inevitable period of latency between the release of OS updates and integrating them into CP frameworks.

Integration of updates for the app

N: Having two apps (one for iOS and one for Android) means that integrating design or functionality updates consumes more resources because you have to modify two apps.

CP: One code means that users of different platforms can receive app updates faster and simultaneously.

Considerations before making the decision between native and cross-platform

As you can see, both approaches have their pros and cons. Next step is to determine what kind of an app do you need.

These apps are pretty similar to B2E apps regarding to the longevity and the higher level on complexity, but the main difference is that you don't have control over the device strategy used by your business partner. It means that supporting different platforms is recommended.

If you are planning to build a complicated app that largely depends on native tools and platform-specific capabilities or uses the latest technologies like augmented reality or machine learning, then you are probably best off choosing native approach.

Integration of different services (e.g. Dropbox or Stripe) might not have good support in cross-platform frameworks. In some cases, they might not be supported at all, which means that developer must write the bridging component themselves or depend on unreliable or outdated third-party library.

If you plan to develop B2C app with long lifetime and good performance the suggestion is to use native approach.

If you have done enough research, your app has simpler business logic and there are noticeable time and financial constraints present, then the suggestion is to use cross-platform approach.

There is no single answer to the question "Should I use native or cross-platform approach?". Careful analysis is needed to determine main factors affecting the decision. How complex is the app going to be? What's the expected lifetime of the app? Who are going to use the app? Are there enough resources allocated to the development? Extensive research and discussions with specialists will help you to find the best solution for your needs.