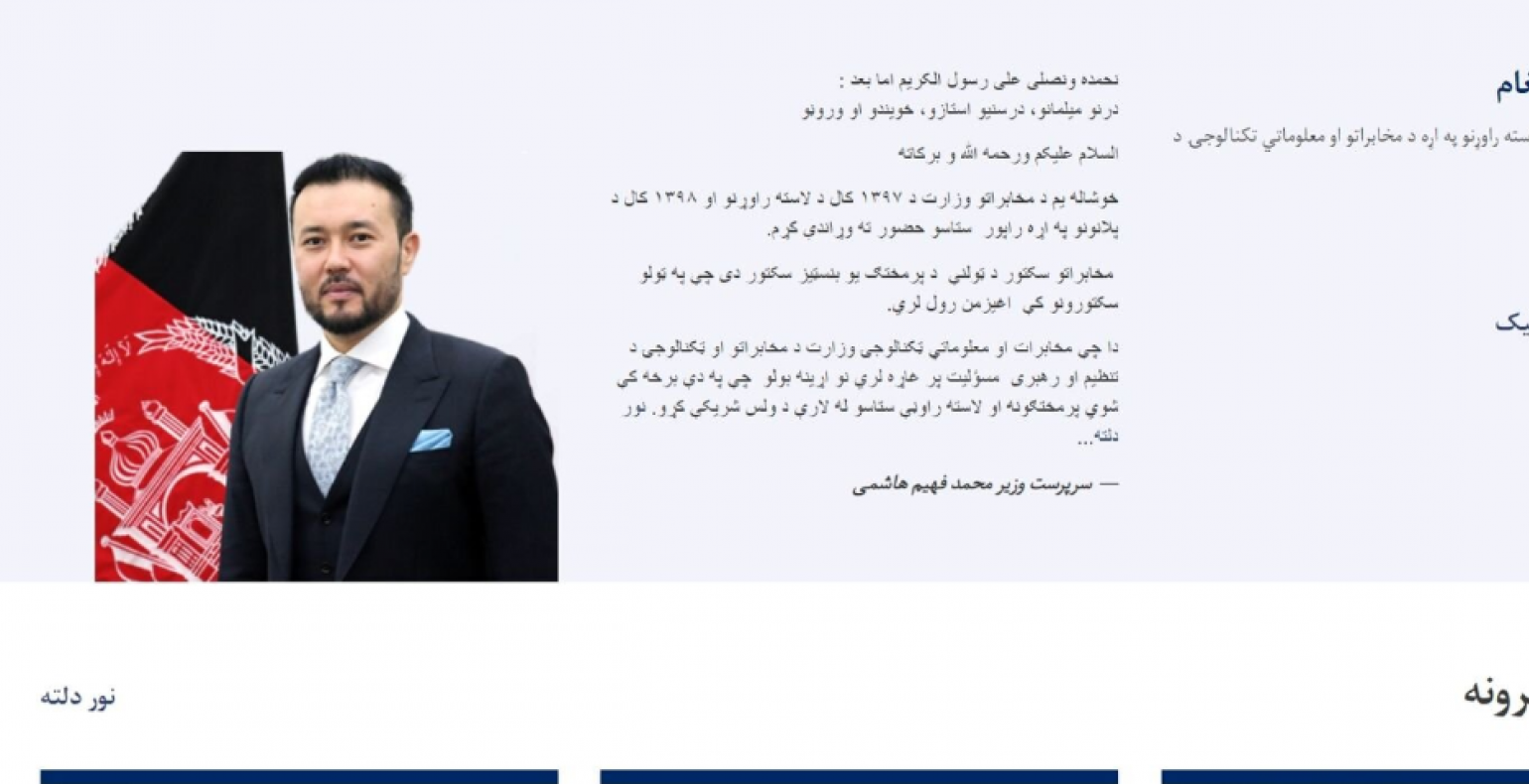 How we developed a new web platform for Afghanistan’s government websites?

We have recently delivered a content management system (CMS) and user interface design to the government of Afghanistan, which will be used by more than 180 state authorities. The CMS platform was developed on Drupal 8, and its interface is available in English, Dari and Pashto. The first web pages are live already.

The aim of the project was to create a new platform, which would suit the needs of large ministries, schools, as well as smaller state authorities, whose employees have varying IT knowledge. The new platform makes data management and updating significantly easier and faster.

The client was the Ministry of Communications and Information Technology of Afghanistan (MCIT). We cooperated with local Afghan development partner Cyberaan Ltd.

Our project manager Peeter Ossip could write a novel about the challenges of managing such international projects. “In the beginning it was quite difficult for us, as in Afghanistan they do not put much effort into the analyses of IT projects, and we were left in the dark quite a bit in the first phases. The cultural differences had a role in the difficulties as well. For example, their weekend is on Thursday and Friday, so we only had three common office days a week.

As we create user-centred software, we partnered up with local development company Cyberaan Ltd whose specialists interviewed the locals and handled the translational and direct communication aspects.

We provided the user experience design, development and testing, and overall, the project worked out quite well. The fact that the director of Cyberaan Baseer Baheer and the Afghan government were already familiar with the Estonian IT success story turned out to be very helpful, and we had a trusting relationship,” Ossip said.

According to our business development manager Marko Nemberg Middle East and South Asia are not unfamiliar regions. “We have worked there before, but this project is the biggest of the ones we have undertaken. Estonian IT companies are seen as innovative cooperation partners there, and this was clearly the case in this project as well,” Nemberg said.

Ehsanullah Ahmadzai, representative of the Ministry of Communications and Information Technology of Afghanistan, said that both the cooperation between the parties, as well as the end result met their expectations in every way. “Our team is very happy with the work of Trinidad Wiseman and Cyberaan, and we hope for the new system to be implemented on all web pages of our government,” Ahmadzai said.

We are a user experience (UX) design, business and system analysis and software development company that specializes in designing and developing services and information systems that are more complex than the average. The company placed 19th in this year’s IT rankings of the daily Äripäev.

Cyberaan Ltd is a technology company that has developed several e-services for Afghanistan, including the state’s largest real estate portal.