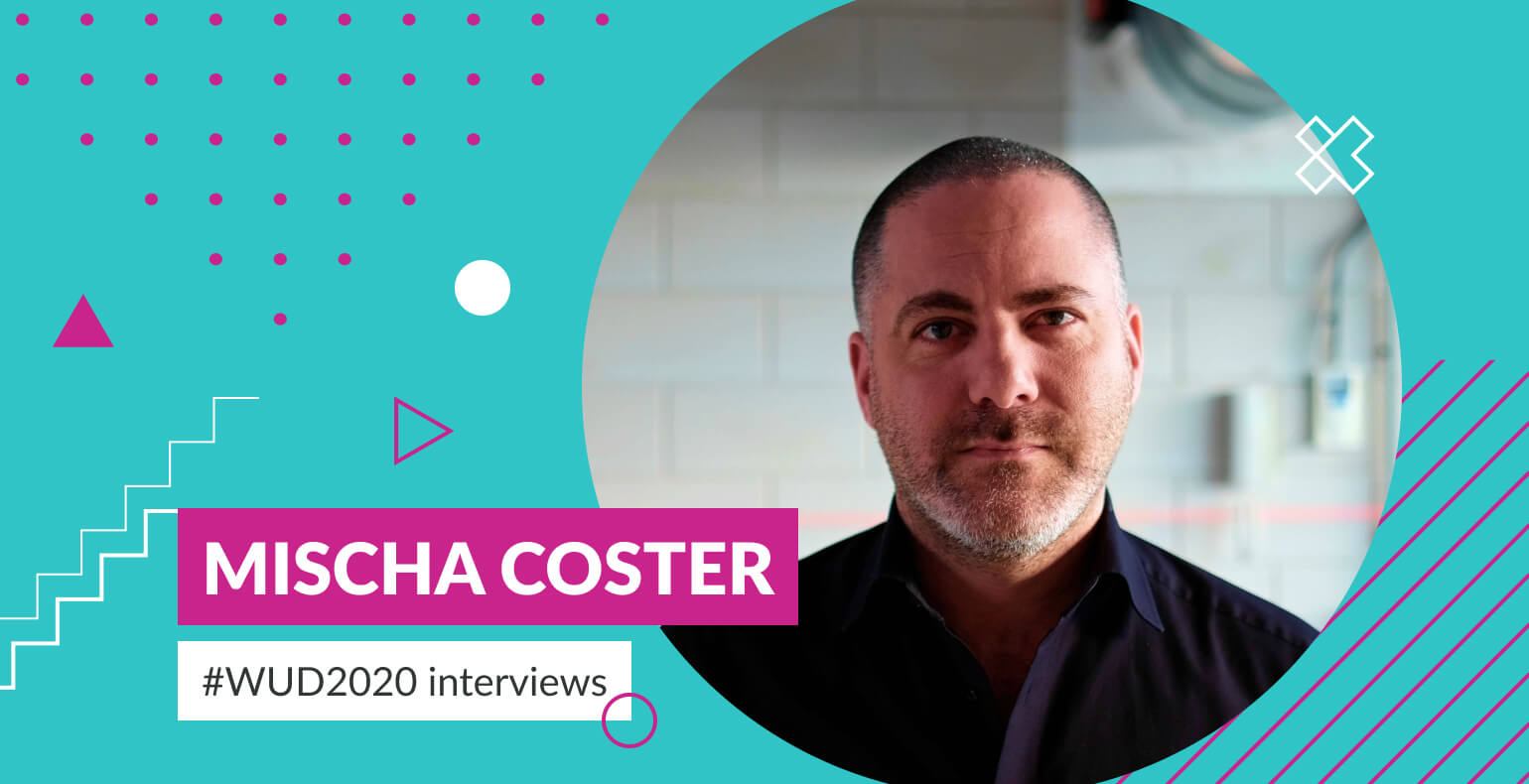 Mischa Coster’s recommendations, how to most effectively influence people by means of persuasive communication.

Mischa Coster, MA, MSc, is a consultant, researcher and public speaker in the area of media psychology and persuasion. He was one of the speakers at the 2020 WUD conference and shared insights on how to most effectively influence people by means of persuasive communication. In this interview, we asked him to tell us more about this intriguing topic.

Thank you so much for the talk at WUD and for the workshop. For those who missed your talk at the conference, could you briefly sum up what media psychology and persuasion as a field is and why we need it?

Media psychology is an area of expertise within psychology in which the psychologist investigates the effect of media and exposure to media on human behaviour.

That is the practical side of media psychology; understanding media psychology is more academic and investigates its effects. Practitioners apply this knowledge to influence behaviour daily in both the private and public sectors.

Should media psychology and persuasion be used together if we want people to buy our product? For example, if a company launches a new product that no one has heard of.

As a discipline within social psychology, I think persuasion in itself is very valuable and media psychology too, as it helps us make better decisions on which media to use for specific persuasion techniques to achieve the desired effect on human behaviour.

For example, using social media in some target groups can inhibit or amplify your persuasion effect. So, the media choice can affect persuasion; however, overall, the right media choice amplifies the effect of persuasion.

What is the scope of media psychology and what are the different contexts where people are exposed to persuasive communications?

But if you know how to persuade groups of people, you can use those tactics as well. However, in the case of one-on-one persuasion, different dynamics are present, such as non-verbal feedback, which you would typically not consider in mass communication.

You just send out the messages and wait for the outcome. In mass communication, we tend to focus on experimenting. For instance, a multivariable test, A/B testing. Once the message has been sent out, we can analyse the results and make necessary changes.

In the case of one-on-one persuasion, it is a bit easier as you can immediately switch if your partner is not responding to your persuasion attempt or if the conversation is not going in a certain way, a skilled persuader can switch to another strategy immediately. It saves time, and you do not need to wait for the results. 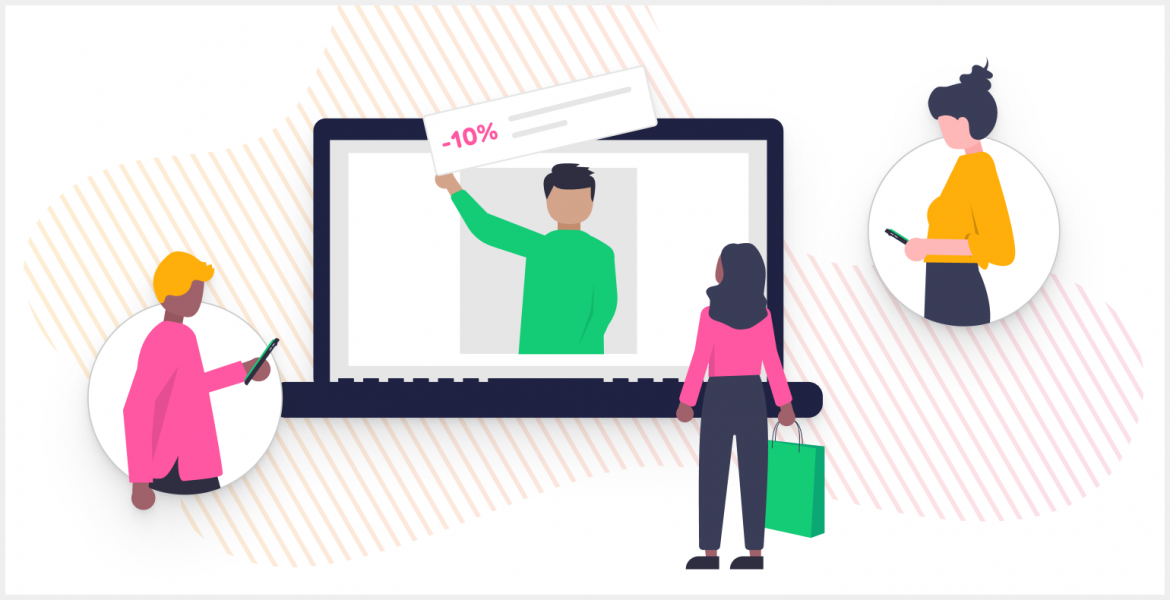 Not all people doing what you would call “media psychology” are psychologists. How did the field develop, and has it now grown into an official academic discipline?

However, as a media psychologist, I am specialised in this field of influence and persuasion. I kind of have both bits. I focus on social psychology. What we see happening, also here in Holland, is that lots of marketers are embracing these theories and strategies.

On the other hand, there are also companies providing neuromarketing as a service. Neuromarketing, in my opinion, is a research area where EEG and MRI scanners are used to analyse the result on a piece of communication or advertisement.

Although communication side of neuromarketing is a valuable area of expertise, it is not social psychology, and most neuromarketers are not psychologists and have limited knowledge of human behaviour.

Additionally, psychologists look at how persuasion may affect the target group and if the tactics used are ethical and do not harm anyone. There is another name given to these people who are practising this discipline – they are called “consumer psychologists”, which is not a degree you can get at most universities.

These are people who have a degree in psychology and are then specialized in consumer behaviour. The closest thing in terms of official master education programmes are social psychology and economic psychology.

However, the title “social psychologist” or “media psychologists” is not “protected” – at least not in the Netherlands - meaning anyone could use these titles. In my opinion, however, you should not call yourself a psychologist if you have not done an academic background in psychology because it is not ethical as people still associate the term “psychology” with therapists.

When is the time to add a consumer behaviour social psychologist to the team or how do they add value to a business/organisation?

I have been asked to participate in different projects at various stages. Personally, I prefer to join the project from the start because usually it is not yet really clear what the behavioural goal is and the company has determined just a general goal or a target, such as increasing revenue or increasing customer satisfaction. At this stage, I can add value from the start with my research techniques on what the behavioural goals should be.

Determining a behavioural goal is not an easy task, and if it has been determined in the wrong way, it will not help the company achieve its organisational goals.

A consumer behaviour social psychologist can help a company figure out what the behavioural goal should be and what elements are crucial in attaining this behavioural goal. These elements involve people’s own capacity, social interaction, media consumption, motivation, and their ability to do things.

This is where psychology really comes into play; if people behave in a certain way, we already know what elements influenced that behaviour. Furthermore, if we have a target behaviour, we can conceptualise which elements influence this behaviour, or we can research this by doing in-depth interviews with the target audience.

From my experience, advertising agencies find it very useful because these are the areas they usually do guesswork on. I recommend getting the psychologist involved from the start, but the intensity of their work is likely to decrease over time, and their role becomes more that of a consultant and someone who can provide an (expert) second opinion. 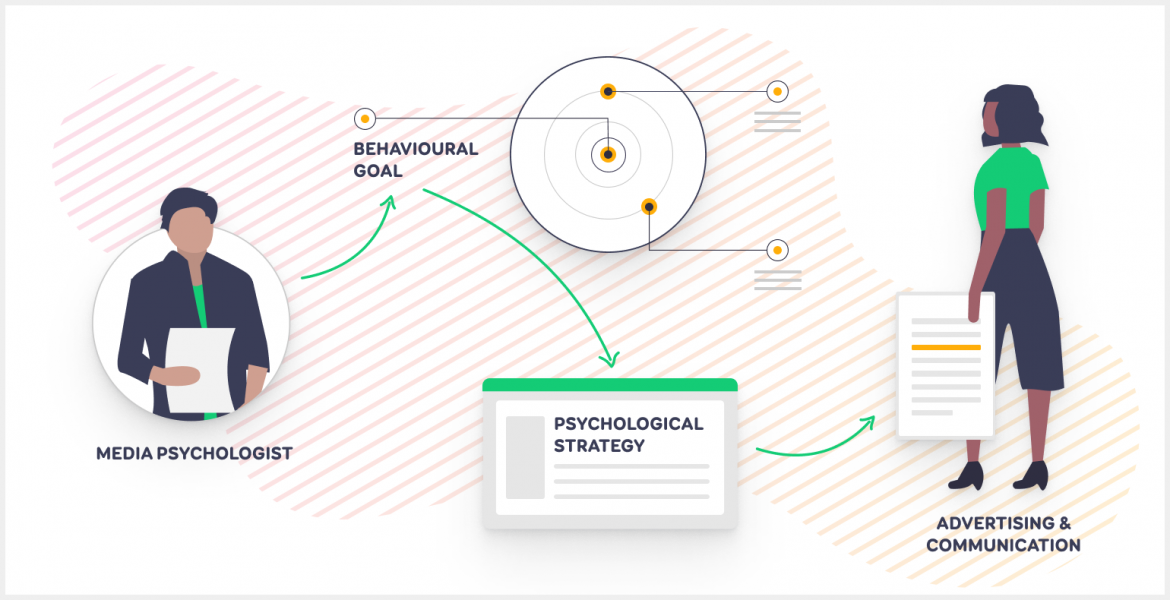 However, a one-on-one setting is different, and depends on how the persuader is perceived by the person they are trying to influence – whether they like you or think you are a good persuader. Besides that, there are also cultural aspects; however, this has not been researched thoroughly.

Having said that, there has been some up-and-coming research into the differences between Eastern and Western cultures. In Eastern cultures, people are more focused on community-building and group feeling. Equality is essential to them. From Eastern Europe towards Asia, trying to persuade people based on arguments of authority is less effective.

There, it is better to influence people with arguments based on social proof. For example, "People like you have already done this." From a cultural heritage point of view, they are a bit more susceptible to these types of arguments.

However, in the American and Western European cultures, people are more focused on standing out and marketing themselves, and there, arguments based on authority are more effective.

Not enough research has been done to be very strict on which approach to choose, but it is worth considering these aspects and trying out and testing what works best.

As media psychologists or consumer behaviour psychologists, we tend to focus on techniques that we know are valid for the entire population because they are based on generic human behaviour and decision-making.

Is it possible for a consumer to avoid such psychological mass persuasion?

This answer is very simple – No :) Because we influence each other every day, all day long. Every communication, either a text message or interpersonal, triggers some thought process that directs people in a certain direction. Nevertheless, I do think everyone can learn to recognise a persuasion attempt.

How to counter a persuasion attempt? 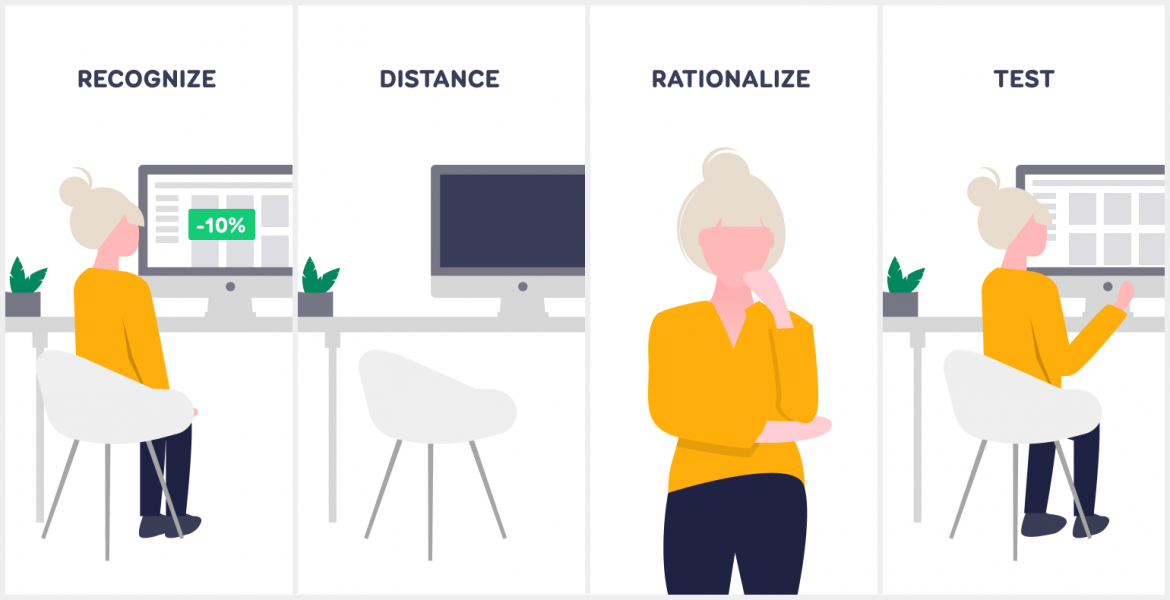 What resources or literature would you recommend to those interested in media psychology and persuasion techniques?

Another resource I can recommend is the “Behaviour Design Fundamentals” online course, which I am part of, and which is provided by the Institute for Behavior Design. The course covers a lot of online persuasion techniques that can be used in both design and copy, and it requires no previous knowledge of the field.

The Institute of Behavior Design has offered a 25% discount for the course to the first 5 people who sign up using the code TRINIDAD25. So, if you are interested in online conversion, persuasion and CRO, go check it out.

You also can read our previous interviews with WUD 2020 speakers: